Please Note: There is a seven night minimum stay, Saturday to Saturday.
For availability within 7 days of arrival, call us at
941-349-1400

Fisherman's Cove was built on a VERY narrow strip of sand that was previously the home of an old Florida Fish Camp. The condos sit directly on the beach that has been known as the best fishing area on Siesta Key for over a century.

Beginning in May and running sometimes well into the fall, our guests can see giant Tarpon "rolling" only about 100 yards off shore. In the prime months, you'll see the fishing boats out there right after dawn trying the hook the "Silver Kings." Occasionally, a lucky guest will actually pull one in while fishing from the beach.

Guests regularly catch Pompano, Sheepshead, Black Drum, Flounder, Lady Fish, Whiting, Jack Crevalle, Snook and a variety of other fish right off the beach and from the boat docks.

If you are interested in testing your luck fishing while you are our guest, we'll be happy to provide some tips and references for fishing charters. 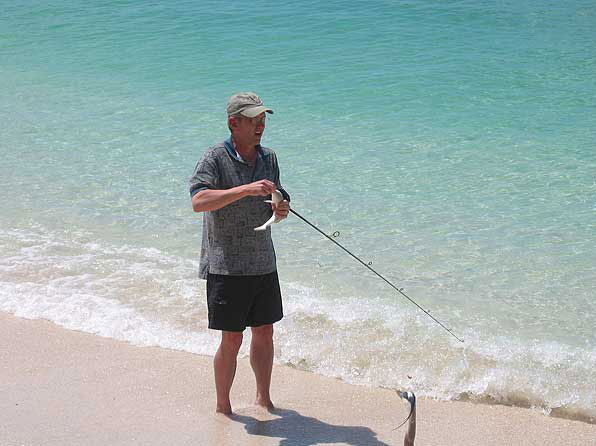 Fish right off the beach! (How do you think we got our name?) 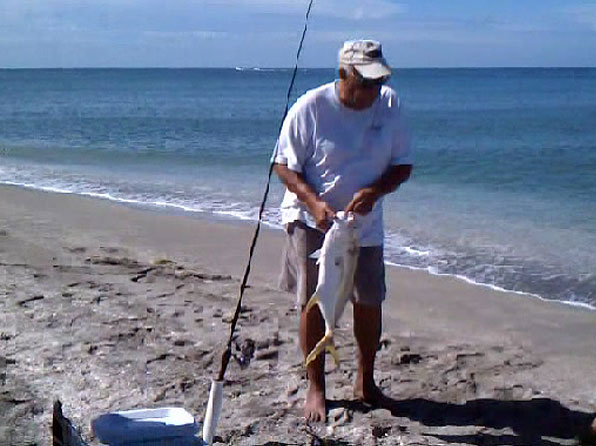 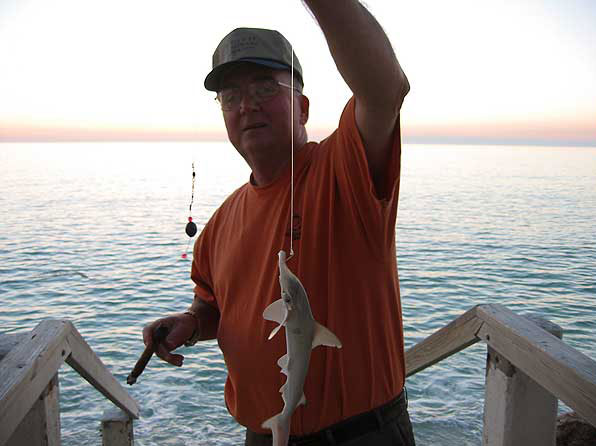 Some's good for eating - some's not, it's still FUN! 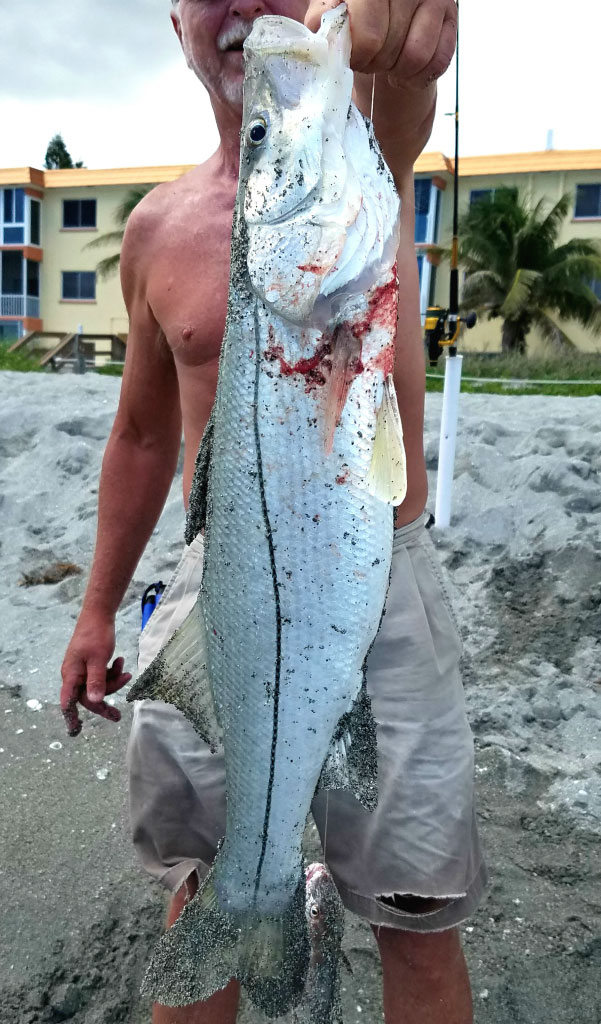 Snook catch and released by Paul 2018 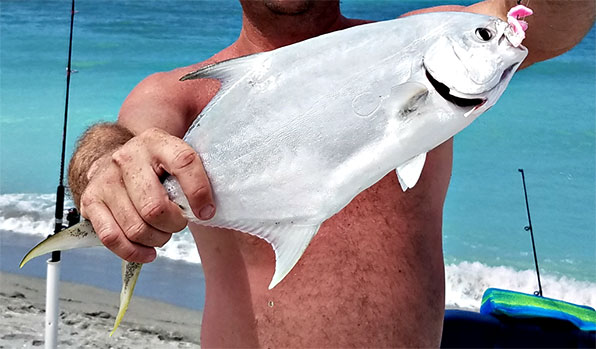 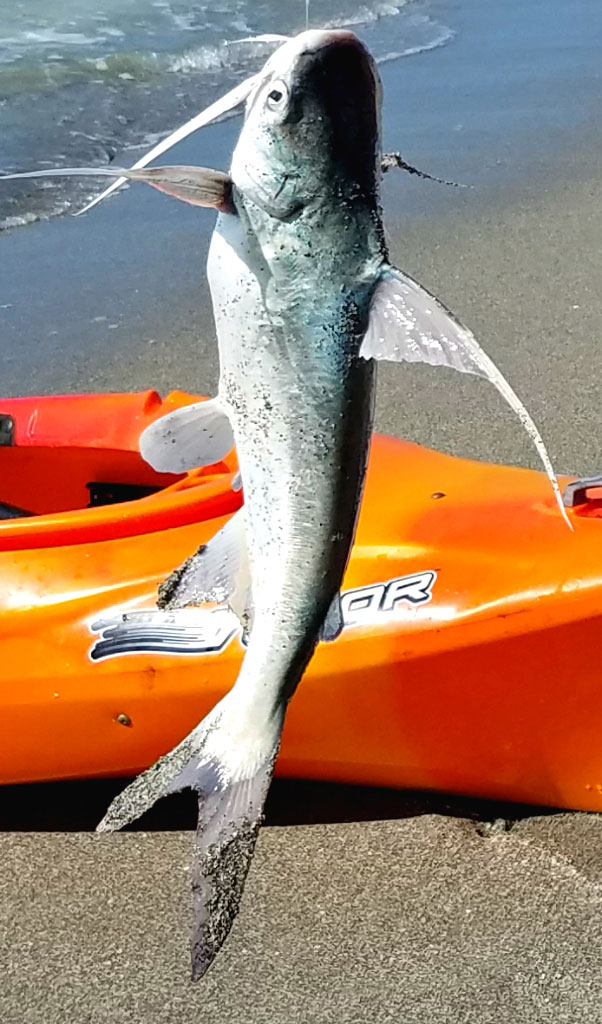 IF YOU HAVE HIGH-SPEED INTERNET - WATCH THIS TURTLE BEACH FISHING VIDEO!!

This is a 60-70 lbs Tarpon caught directly in front of Fisherman's Cove!